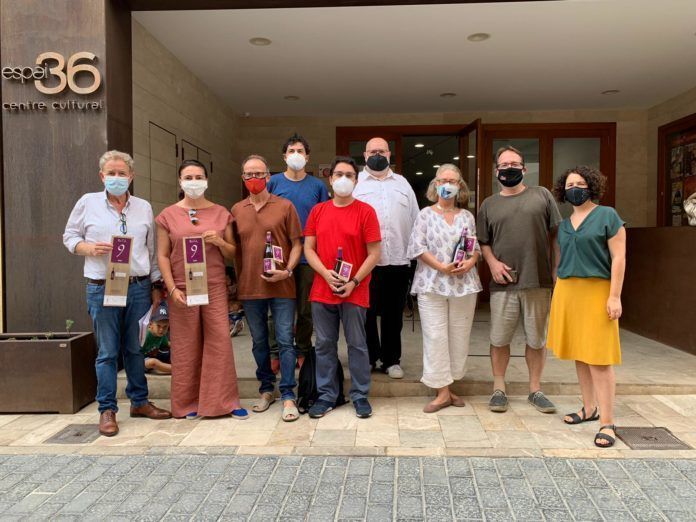 This Thursday and Friday, 17 and 18 September, the semi-final of the Theatre and Literature competition, Bòtil 2020, was held at the Espai 36 in Sant Llorenç. Five companies have taken part, performing five plays based on literary texts by Balearic authors and aimed at children and young audiences.

The plays that have been performed in the semi-final of Botil 2020 are:

Of which the jury, meeting after the performances, has decided to choose Joana E and El sueño de Pedro de Son Gall to go on to the grand final which will take place on 23 October also in the space 36 of Sant Llorenç .

Of Joana EThe jury has valued the commitment to bring to the stage with a modern drama one of the most representative novels of the award-winning Catalan writer Maria Antònia Oliver with a contemporary vision focused on the empowerment of women from the most convulsive period of the 20th century.

From El sueño de Pedro de Son Gall, The jury considered that the company Centimets teatre portrays the story of the protagonist of ‘Miracle a Llucmajor’, by Sebastià Alzamora, and values the recovery of a fascinating character by Pere Sastre Obrador, through object theatre, and the highlighting of this unknown inventor and scientist from the early 20th century. The jury also encourages the company to explore the narrative possibilities based on the proximity of its proposal.

The jury was composed of:

Two of the members of the jury, who were supposed to come from outside the Balearic Islands, were finally unable to travel, but they are involved in the selection of the works and in the subsequent programming of the winning pieces. They are Magalí Homs, representing Tantágora / Flic (festival of literature and arts for children and young people) and Júlia Català, representing Litterarum.

Balearic Islands offers Theatre and Literature is a competition designed to encourage the creation of small-format shows based on works of Catalan literature, especially by authors from the Balearic Islands, aimed at children and/or young audiences, in order to disseminate and promote the performing arts and literature and to create a link between them. This is an established event, now in its ninth year. El Bòtil is supported by Mesquida Mora wines.

The winning work of BÒTIL 2020 will be programmed by: