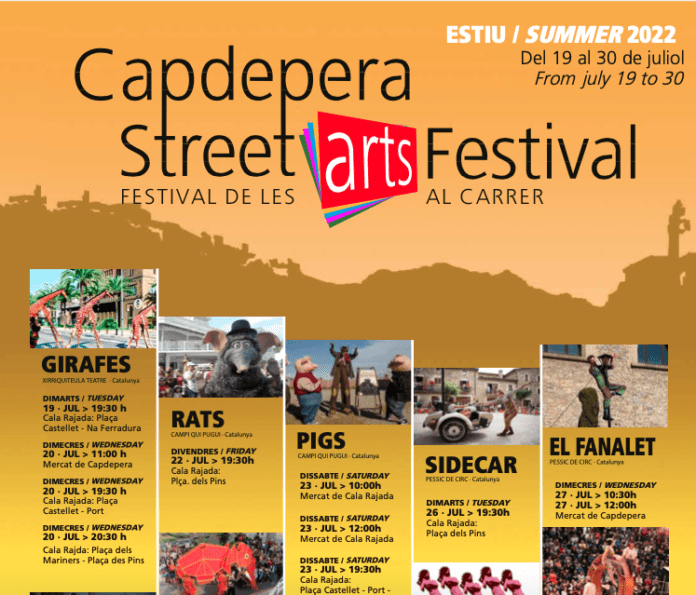 The Street Arts Festival – Capdepera street arts Festivalis a commitment of the area of Culture of the City of Capdepera, which emerged in 2009, in order to bring the most diverse artistic disciplines to all people who coexists in the municipality.

A few summer days to escape the most conventional moments and spaces, with artists who will show us their skills, their best arts to provoke the surprise of tourists and residents, who come across the magic of the performing arts in the Street.

After a two-year hiatus from the pandemic, in thistwelfth edition, we regain the founding spirit of the Festival with the most relevant artistic proposals of the moment, with works of great international prestige, awarded at various fairs and festivals and without losing the participatory spirit of the citizens of Capdepera who, with the dance schools of the municipality, will make a parade of more than one hundred people.

From 2018 onwards, he will be in charge of the artistic management of Sa Xerxa for children’s and youth theater in the Balearic Islands. All shows return to the streets and are free and performances are also scheduled for vulnerable groups with actions at the Day Center or the Home for the Elderly.