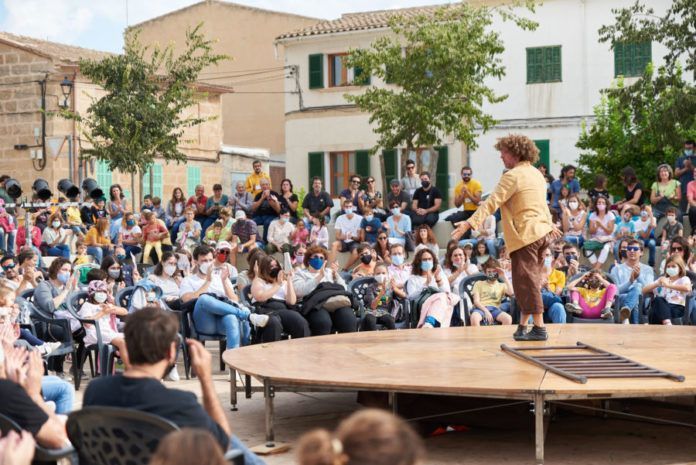 The FIET (The Children’s and Youth Theater Fair of the Balearic Islands) has just been awarded the National Performing Arts Award for Children and Youth awarded by the Ministry of Culture and Sports. A distinction that comes just as Sa Xerxa de Teatre, the organization that organizes it, turns 20, like the FIET. This award, which is granted by the Government of Spain through the Institute of Performing Arts and Music (INAEM), is endowed with 30,000 euros.

On the occasion of its 20th anniversary, Sa Xerxa de Teatre is organizing, this Saturday, September 8, a festive day with activities for the whole family from 11 am until 10 pm. (more information here)

The jury has agreed to grant this award to the FIET for “the quality of the fair’s programming and the ability to involve the whole town, which turns the Fair into an event with social impact, which energizes its environment by turning it into a gathering of artists and citizens”. The jury also valued “his high influence in the field of theater for children and young people, not only in the panorama of Performing Arts in the Catalan language, but at national level”.

The National Performing Arts Award for Children and Youth rewards the meritorious work of a person or entity in the field of performing arts for children and young people, preferably demonstrated through a work or performance made public or represented during the year 2021.

Social side as part of the 2022 Street Arts Festival