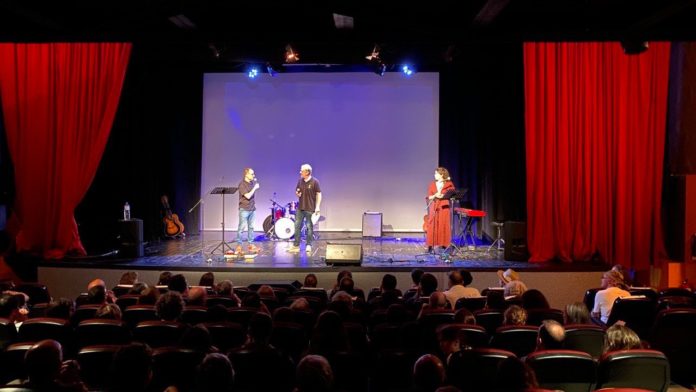 Successful call and participation in the Day organized yesterday by Sa Xerxa de Teatre to celebrate the 20th anniversary of its creation. From 11 am until 10 pm, the municipality of Vilafranca de Bonany was full of activities for the whole family. Adults and children alike enjoyed the Mon de Colorins toy library located in the Park, the theater with “Maure el dinosaure“, the music of Spaghetti Punky, the documentary COM-PARTIR at the Theatre, and the energy of Possê. The activities have lasted until the evening with the Marabunta show at the sports center. The central event of the day took place at 19:30 with the 20th anniversary GALA and the premiere of the video clip ASTEROIDES by the artist UMBERT.

“It is difficult to summarize everything that has happened in these two decades. Involuntarily, we have discovered all the dimensions of the theater. The theater as a formative element of more cultured, more educated, more humane people… For us, promoting theater is making a bet for the training of young people in human values and also for social inclusion and equality, from the conviction that culture is a right that must reach everyone” he affirmed President of Sa Xerxa de Theatre, Jaume Gomila.

The Children’s and Youth Theater Fair of the Balearic Islands (FIET) will be held next week, from October 13 to 16. The Ministry of Culture and Sports has just awarded FIET the National Performing Arts Award for children and youth. The FIET organization will announce all the details of this year’s edition next Tuesday at 11 a.m. in a press conference at La Misericordia in Palma.

Social side as part of the 2022 Street Arts Festival