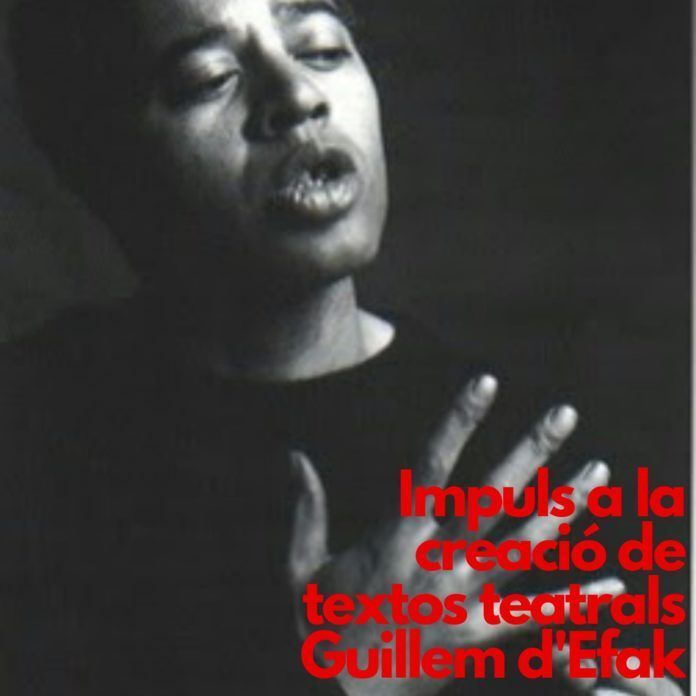 The association Sa Xerxa de Teatro Infantil y Juvenil de las Islas Baleares has once again launched a new edition of the Guillem de Efak to promote the creation of theatrical texts. The winner was Àngel Burgas with the work ‘F.U.T.U.R.’.

The jury, which met on Tuesday 1 December 2020 and was made up of: Caterina Valriu Llinàs, full professor at the UIB, expert in children’s and young people’s literature and storyteller (Catalina Contacontes); Caterina Florit, actress, author and stage director; Roser Ros y Vilanova, Pedagogue, storyteller and writer. President of Tantágora and lecturer at the Ramon Llull University; Pere Josep Santandreu Brunet, director of the Sa Màniga Auditorium and Doctor in Theatre History; Jaume Gomila Capó, president of Sa Xerxa on behalf of the organising entity and Marina Salas as coordinator; has decided that the work that deserves to be developed is the one ofÁNGEL BURGAS Y TREMOLES, entitled F.U.T.U.R.

Two children (12 and 13 years old) living in 2071 are playing a virtual game on a simulator, each from home. They don’t know each other (they are only online friends) but they play a game of “doubles”: they virtually go back in time to 2005 to investigate the meaning of some images that the father of one of them found hidden inside an object at the bottom of the sea. These are images of a desperate black woman in a boat on a stormy night. This simulation game has rules and recreates the figure of a virtual “game judge” who gives hints or punishes mistakes. The aim of the players (posing as 25-year-olds) is to find out who the woman was, why she was lamenting and why she recorded the images.

F.U.T.U.R. talks about the current illegal immigration drama that causes thousands of deaths worldwide. The two children, from the future and through a futuristic simulator, recreate the tragedy that could have taken place in 2005 on the coast of Tarifa: a desperate mother tries to save her baby during a crossing.

The jury would also like to make a special mention for MADO LAPÓ Y NA XESCA XERRAIRE by Sílvia Navarro Perramon, for the quality of the work.

This call has a financial endowment of 3,000 euros. The works submitted must be written in Catalan, original and unpublished, and must not have been performed for the first time, nor have won any previous prizes, and must not be in the process of being published or not have the publishing or performance rights committed.

The support includes an accompanying phase in which the selected author will work on the initially submitted text with expert advice (dramatic and linguistic advice). Once this mentoring process has been completed, the final work will be produced. There will also be a presentation at the Vilafranca school to receive feedback from the children before concluding the writing process. Sa Xerxa de teatro infantil y juvenil, together with the organising institutions, will promote, after the rewriting phase of the text, the publication of the winner’s final work. Dramatised readings will also be promoted during FIET 2021.

The initiative is financially supported by the Vice-presidency of Culture, Heritage and Sports of the Consell Insular de Mallorca.

…and now, the Siurell de Plata!