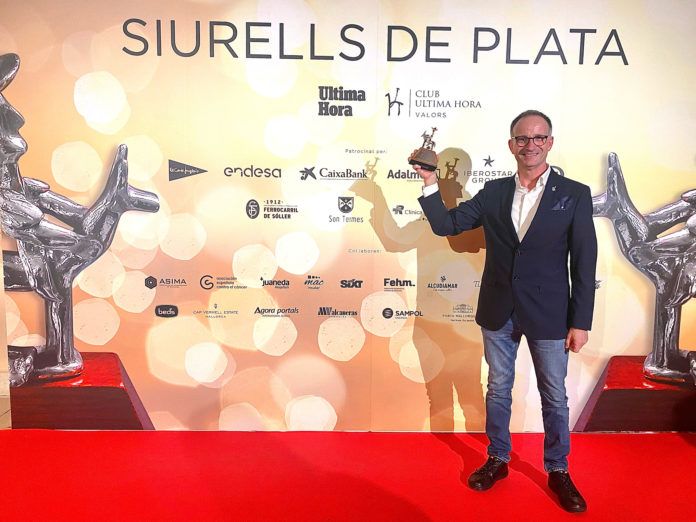 When a group of theater enthusiasts, encouraged, after having organized the first Children’s and Youth Theater Fair in the small rural town of Vilafranca de Bonany, on the plain of the island of Mallorca, we decided to create Sa Xerxa for children’s and youth theater in the Balearic Islands, we didn’t know where we were going. We could not even guess the route that it supposed, nor that it would have a route that now reaches two decades.

Yesterday afternoon-night a couple of members of our entity, summoned by the Grup Serra, went up through Palma, right where the Sierra de Tramuntana begins in the Bunyola district, where we were able to experience a truly exceptional meeting.

Outside the houses of the Son Termes estate, the atmosphere of a very special day was already in the air. Upon entering, on the centuries-old walls, an image of the siurell de plata computer graphics was projected in motion with a musical background and logs burned in the fireplace crackling their embers. Creating the expectation of a particularly warm, sober and elegant act. Everyone elegant, each with their own style, handshakes, greetings and hugs and smiles to hugs and portraits at the photcall. Below is a good handful of photojournalists and cameras covering the event. It was not in vain that members of all classes of Majorcan society attended.

From then on, the savoir faire of Queralt Albinyana, dressed in a very elegant red dress, led the act, surrounded by the music of the band of Ukrainian performers with Toni Cuenca at the front and Habichuela on percussion.

We cannot be more grateful that the Serra group recognizes us, because this recognition comes from a family, the Serra, who have always been very close to the arts. And, in addition, that the jury has chosen Sa Xerxa as Siurell de Plata in the Cultural Initiative, for the fact that it promotes the performing arts for the little ones and they find it comparable to what some winners do with activities and projects of such extraordinary value. like the one that has accompanied us in this edition makes us proud and ashamed at the same time. Being with people capable of building a dry wall in the most ancient way, building a Faculty of Medicine for the first time in the islands, discovering gravitational waves in the immensity of space, from elite sports promoting minority sports or the magnificent act of do social justice by feeding those who do not have food from the Food Bank Foundation. We especially like being here in the edition that is recognized with the Pere Serra to Yannick Vu and Ben Jakober. Some people who represent very well these other Majorcans, these other islanders, who have chosen these islands to settle and echo and shine with their art on the island of Majorca. It touched us, they chose it and I praise them for it.

Having received the “National Prize for Performing Arts for Children and Youth” and now this culmination of the Siurell de plata in the Cultural Initiative, make this 2022 about to end, an exceptional year and open us to a 2023 full of expectations.

Next year we all have the opportunity to support the FIET and Sa Xerxa. We hope that our political institutions will pick up the gauntlet that we have thrown at them.

SAVE FIET, SAVE Sa Xerxa!

Now yes! The Formentera Show is back